A Study on Hoarding in Psychiatric Patients in Singapore 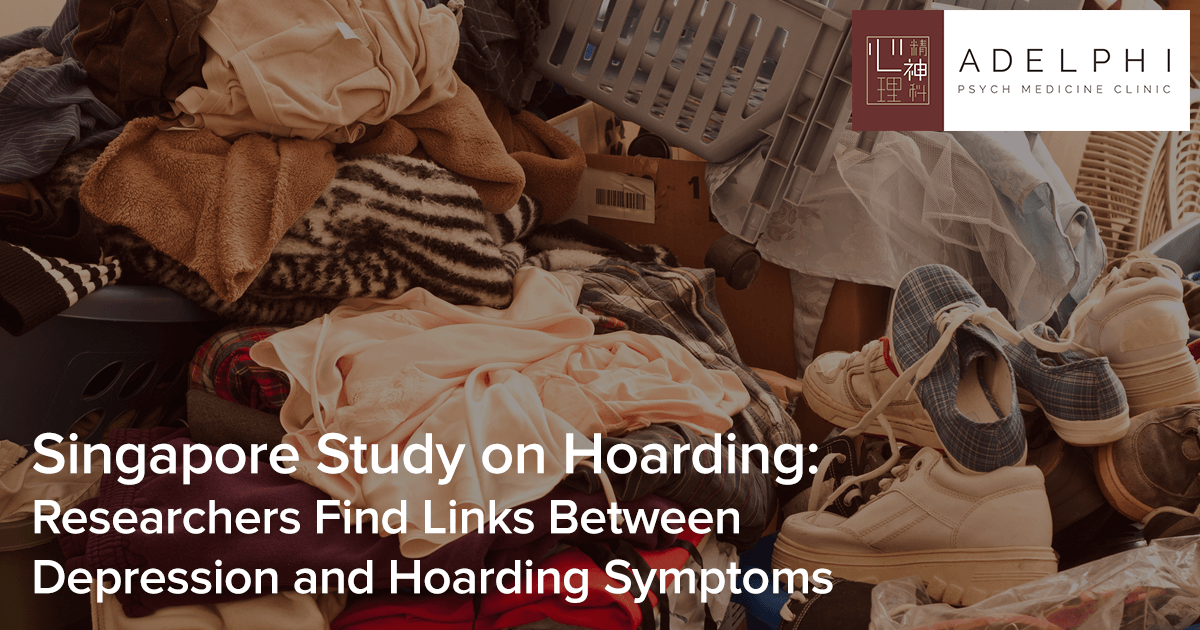 In December 2015, a study was done in Singapore to examine the occurrence of hoarding symptoms in patients suffering from other psychiatric disorders. The study was conducted by researchers from both the Institute of Mental Health (Singapore) and the Smith College (USA). The results of the study were presented in the Journal of Obsessive-Compulsive and Related Disorders and is supported by the Singapore Ministry of Health’s National Medical Research Council under the Center Grant Program.

Hoarding, recognised as a separate mental disorder in the Diagnostic and Statistical Manual of Mental Disorders, Fifth Edition (DSM-5), is a disorder where one is consistently unable to let go of physical possessions thus creating so much clutter that living spaces become unusable. At the same time, a person with such a disorder also has the compulsive need to acquire more possessions, exacerbating the issue.  The impact of such a disorder include

It was also found in several studies that many with disorders such as obsessive-compulsive disorder, schizophrenia and other major depressive disorders also had hoarding symptoms. However, there has yet to be a study specifically to examine the co-existence of hoarding disorder with other mental disorders in an Asian context. Thus this study was conducted on patients with an existing psychiatric disorder with the followin objectives:

The study had a sample size of 500 individuals or participants that included patients seeking treatment with a psychiatrist at the outpatient department of the Institute of Mental Health in Singapore. All participants were aged above 21 years and were capable of effectively completing sets of questionnaires and abiding by the terms and conditions of this particular study. The study had the approval from the ethics committee, the National Healthcare Group, Domain Specific Review Board.

The study convincingly confirmed previous studies that hoarding has a unique link to hoarding symptoms. As opposed to previous studies, the group of participants in this study displayed a very low level of cluttering. This might be due to cultural variations in hoarding phenomenology and most likely due to decreasing autonomy or leeway in using private spaces. Nevertheless, further research applying qualitative methods is necessary for better understanding of the findings.